I just got off the phone doing some support work; it reminded me of some of the struggles I experienced when I was just getting started in Forex, and how I developed my first favorite strategy. In the beginning, I was just a signal taking baby totally incapable of placing my own trades; however, I was intensely curious regarding how the market worked and I wanted to explore the possibly of taking my own trades. So I started reading, and reading, and reading and learned a little about placing different kinds of pending orders, how to set up simple strategies, and such. As I really had no clue as to what I was doing, I decided it would be fun to experiment with different ideas just to see what would happen. Needless to say, most of my experimenting wasn’t very productive, as you can imagine. After all, in most forms of market trading, there are 1000 ways to screw up at only one way to make money. At this time my biggest takeaway from this activity was my discovery of a great many ideas that simply didn’t work. That is, with one exception – I discovered that pending straddle orders placed a certain time (after London open) seem to do really well. And so I studied – and studied – and studied some more. And it dawned on me that, with GBP/USD, that the hour after London open, price action would tend to “respect” the candle formed by the first hour of London trading: that is, price action would move either below the low of that first hour’s candle or above the high of the first hour’s candle, but not both, and this would last for several hours. How neat would it be, I thought to myself, to place pending orders above and below the opening candle to “trap” price action into a profitable trade? So I continued to experiment and, much to my surprise, this actually seemed to work (at least on my demo account). Encouraged, I decided to take this live, albeit on a very small account (it actually had less than $50 in it). And it did well… And before I knew it, the account had taken off and had grown to over $1000. But that’s not the essential part of the story. The essential part is in the mind. 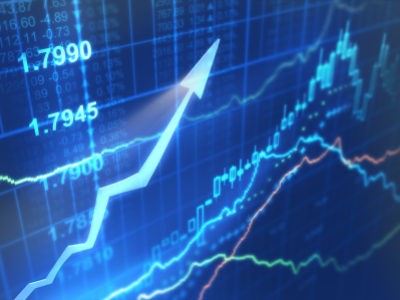 Being such a small account, I was not worried about the outcome. In fact, I would set trades up and then go to bed. With my stops in place, the trades were allowed to run without let or hindrance from me. And most mornings I would indeed wake up to a nice profit. While profits are nice, the important element here was that I had discovered a method of trading which allowed me to be completely detached and non-emotional about my trading. And that’s the key takeaway here – emotions will get you into trouble, while a logical and emotionally detached state of mind will bring you a tidy payday. And the point that I wanted to make is this (warning – opinion alert): markets are about a lot of things, most notably price discovery of fair market value, but they are also very much about the psychology of the people participating in it. Those people are not machines, they have ideas, feelings, emotions, fears, and these things will come into play collectively, regardless of how many algos or robot traders or computers are involved. And at the end of the day all those automated things are simply machines which executing programs which, like it or not, are based on ideas and strategies that people programmed into them. Which is one of the reasons why I dislike the term “artificial intelligence”, and much prefer the more appropriate term “artificial reckoning” as computers really aren’t “intelligent” or “smart”, they’re just mechanical and have access to lots of information, making them very effective at certain tasks, like – trading Forex.

The flipside to all of this has to do with one aspect of what makes many expert advisors (aka EA or robots) so successful – their mechanical behavior. They don’t get discouraged after a losing trade. They jump in on the next trade just as it is supposed to, which is an essential element of any strategy, which is simply stick to the strategy. Expert advisors can be relied on to do exactly that. Interestingly, this strength is also their weakness – over time they are not capable of adapting to changing market conditions. And yes, markets change over time, that’s a fact. I mentioned this because, after Brexit, the market behavior of GBP/USD changed to the extent that the strategy I mentioned above, which I nicknamed “The Ice Cream Sandwich”, changed. Initially having based the strategy on the first hour after London open, I currently base the strategy on the second hour after London open. Why? The market changed in June 2016, and GBP/USD price action behavior is somewhat different than it was prior to that time. Understanding that difference can make or break a trader.

In my neck of the woods, which is the US Southwest (Arizona), trying to trade anything at London open is a bit difficult due to the standard time London opening taking place at 1 AM local time. This meant having to stay up till after 2 AM to place pending orders, which was a drag, until, the good folks at Slick Trade came up with a tidy expert advisor that managed this for me, allowing me to sleep soundly and not miss my favorite trade.

Did you know that Slick Trade has an expert advisor creation service? Yes, your trading ideas can be turned into trade robots that can automate many of the trading tasks you currently have to do manually. So if you have some strategy ideas that may be enhanced by automation, you might want to check that out. And while you’re at it, you may want to check out Sapphire membership in the Slick Trade Academy. If you have been thinking about joining, then why not sign up and give it a try? A great opportunity to learn Forex while getting some hands-on experience with trading, receiving trade signals, accessing expert advisors (like my favorite Sominex), great strategies, as well as help and insight from other traders just like you and more! Don’t delay! Sign up today!

That’s all for now – next time I’m going to explore some strategy ideas. Until then good luck in the market, and, as always, thanks for reading! JC