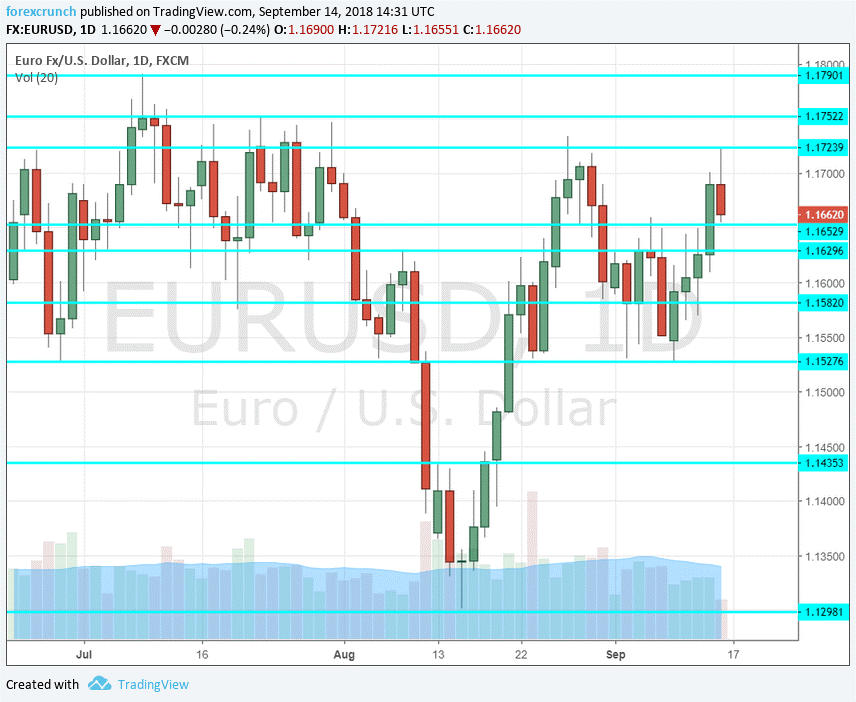 During the past few weeks, the EUR/USD currency pair has been on the descending route of the chart which led to a resistant break in August by forex traders (buyers) without an increase in price. As at Friday’s close at 1.1620, the currency pair was still showing signs of resistance level and came at a stop at 1.1720/30 at the horizontal area.

This horizontal uptrend attracted sellers on Friday and almost completed a bearish on the same day. However, this is not the kind of close sort for by traders who seek for bullish EUR/USD currency pair. This currency pair has always lacked momentum since last May and even in the presence of the close at 1.1720/30 at the horizontal area, the case will remain exact. This move actually attracted an influx of buyers. As the currency pair chart stays at 1.1530 at the support level and 1.1720/30 and the resistant level, there will be more range-bound price action.

While the European central bank leaves its monitory policies untouched and doesn’t demote inflation forecast, the fed makes haste to raise the euro and pounds rates with a solid advance to tight monitory policies. This trade outcome (monitory policy divergence and political war) have a great tendency of pushing the EUR/USD currency pair down.

A RUNDOWN OF EUR/USD TECHNICAL ANALYSIS

In the week, the EUR/USD currency have been dynamic in nature with a lot of ups and downs. Based on technical analysis, the currency pair moved from a close at 1.650 level last week to increasing higher grounds. EUR/USD technical analysis highlights indicate that 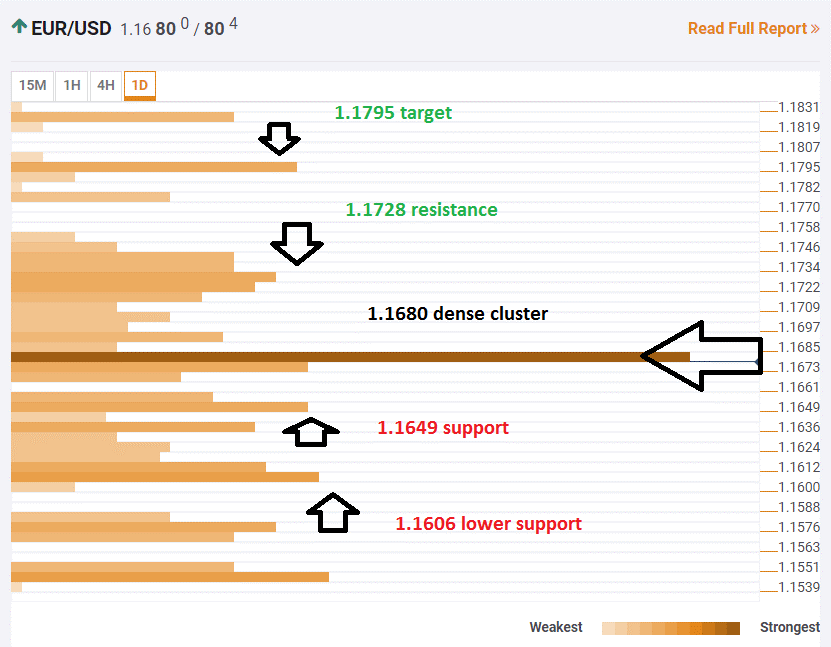 At the upside of 1.1825, there is a confluence Pivot Point that indicates the one-day resistance 1, the Pivot Point one-week resistance 2 and a one-hour upper Bolinger Band.

The high target placed above indicates the 1.1923 level which is seen as the Pivot Point one-week resistance 3.